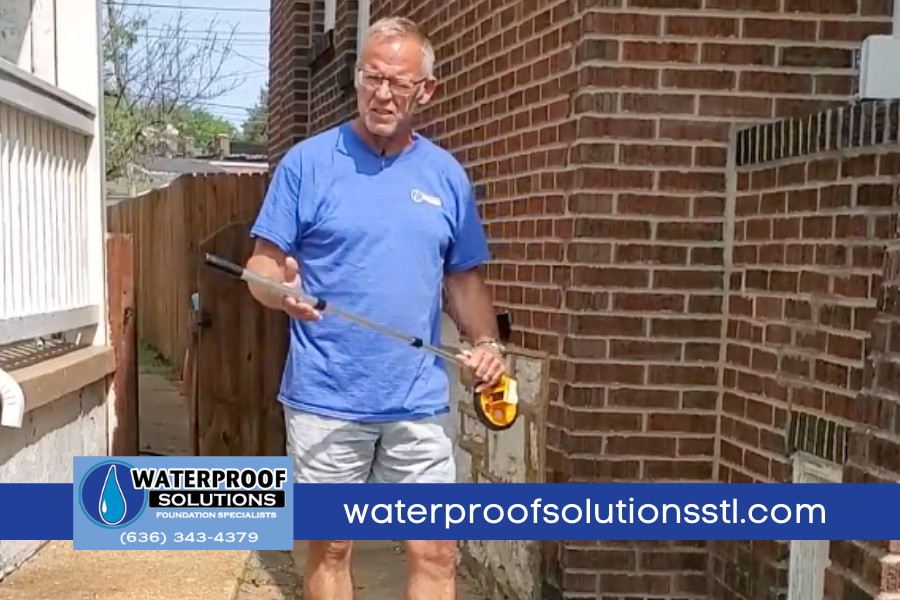 So we’re outside of your house right now, and what we talked about is the Stone Foundation and the brickwork and tuckpointing in the negative and positive end. We’re going to talk about that when we get inside. But out here, after we collect the water, what we want to do is get it out of the way from the house. I don’t want to send to the storm sewer system here because it doesn’t work so super well all the time

So we have a plan that runs along the front of the house and keep us separate from the front porch. So we’re going to leave the system involved with just the house. And again, I want to mention that this house doesn’t have a system, but it isn’t the heavy water issues, it’s just about adding something to a house that it doesn’t have. Having said that, you get this water out and take out this concrete during our discharge out 18 feet to a dry well.

Now seven feet of this is concrete, by three cement. Take this out and put it back.

What I want to make sure is that this is going in the plastic, it’s kind of heading this way, needs to be done that way. Camera lady, would you please point this right here? So it’s her belief and I don’t understand exactly how it would work because there’s some of that pipe. There it is. So there’s some of the black pipe here. So we’re just make sure that’s working or we’ll fix it.

One of the two. Because that’s separate from the drywell. All right.