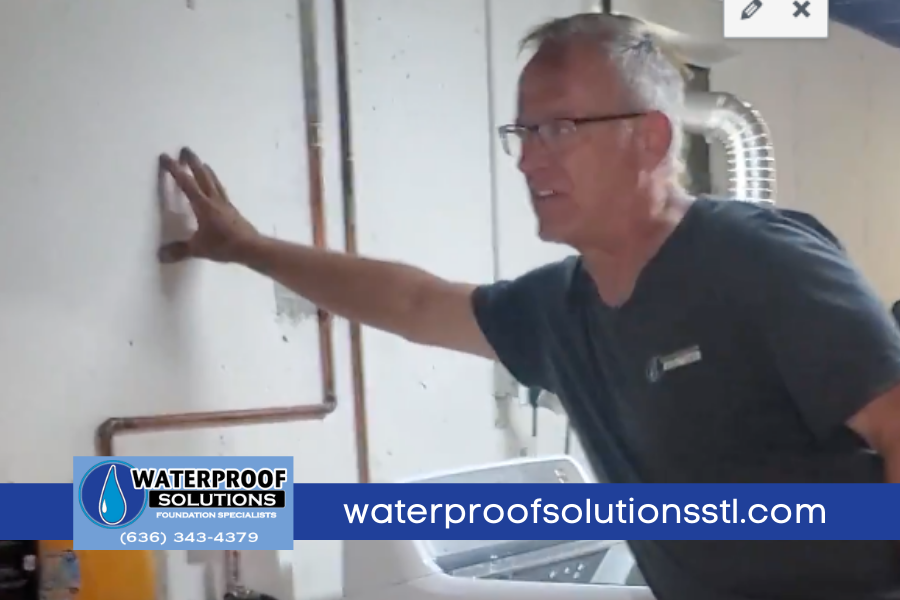 All right, so I’m in what’s called a cast in place foundation, concrete walls. “Cast in place” meaning it’s cast between two forms. That wall was set on a footing, which is twice the width of that wall and the floor was set on part of the footing. These houses don’t have drainage systems in them, and that’s why this four pitches so dramatically to the drain

Having said that, the cracks that are in the wall we are going to address. This looks like a typical injection from back in the day. And it looks like an older one because 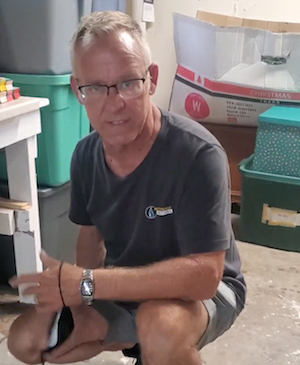 it looks like they tried to get epoxy in it. Where some of these other cracks have not been repaired properly.

But this one. You can actually, hollow this carbon was not put on properly, it needs to be taken off, so this will probably need to be readdressed and everything is kind of coming at the window here, because of the grade. That’s why it’s now only leaking in it the window. So maybe a window well, it’s going to be enough to divert a little bit of water around, that’s not a big deal.

That’s the built up floor could have been to keep it obviously from being tilted. Those two by fours are all just sitting on the floor like this and they’re not treated lumber, so I don’t know that this is going to be very sustainable over time.

So that’s what’s going on, not the end of the world, but there maybe have to be some demo done to be able to put a system in because the wall cracks are one thing. But we’ve got leaking where there is no wall crack, and that’s up to code, so obviously we’ll go outside and we’ll see if there’s some things that, you know, is redirecting water away from the house and super important downspouts and things like that. But at the end of the day, if it’s leaked, there’s enough of that organic material in the pudding at the floor that it’s going to keep leaking.

So let’s take a look. When I see this little diagonal crack running this way, that kind of shows the stress on the wall. So we’ll take a look at the yard. This has it broke back open again or I’d say we have actual movement. This is showing where the porch comes in. We’re going to take a look outside, make sure that doesn’t get any worse than that. We’re in pretty good shape. So that’s going to be outside. Thanks