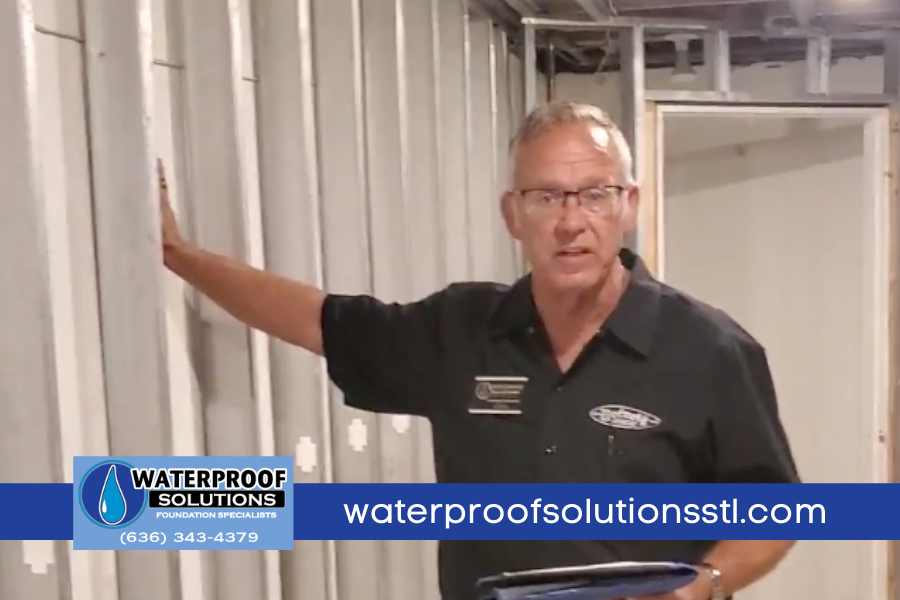 Thanks for having me out. What we’re in today is a cast in place foundation, poured concrete. It has issues with not only hydrostatic issues and I’m not sure what this anomaly in the floor is. But this over here, we’ll come back to that, this over here. There’s plumbing that comes through here and it’s a back valve

And they have put this in to be able to stop sewage from coming up in the house now. Having said that, it’s already happened a few times, so when we open this floor up to retrofit the drainage system, which is corrupt and not working at this point, we’re going to be able to see the footing. And if the footing is doesn’t have Earth under it. We’re going to need to support it with a pier or piers. So I don’t want to play surprise to that.

So we’re really looking to make sure that we’re OK there. I don’t want to do something that’s not necessary, but I don’t want to not talk about it. Now the two window wells, because of the house being at the lower level, we’re going to have to put in drains in both of these.

When we end up switching out this pump, we’re going to have to put a trash pump in and the battery backup can be hooked back up to it. But the trash pumps are going to have to be in there so that if a mouse or something gets in from the windows, it can then exit. So the next videos will be outside and we may have to have a window well drain in this one as well. So back to the house. We don’t see Wall Cracked Foundation.

Looks like it’s in really good shape up to this point. Unfortunately, you’re going to lose the flooring in the bathroom here. We’re going to need to march probably two tiles out. This is across the house. You’re looking really good in the sense that our foundation is strong. We’ve not had any breaks. Now to put the system in. This will all have to come out away from the wall. Again, when I see these patches in the floor, I begin to wonder why they’re here.

I’m going to be prepared to see if we have any earth missing where we should have it.

So for my guys, as they review this film, this will be said with the bid. These are brand new that had to be put in after the flood because they were ruined. So we need to protect these to the nines while we do this work. May need to come up for us to do this.

If we can’t get to both sides. I wouldn’t want to break the plumbing right here.