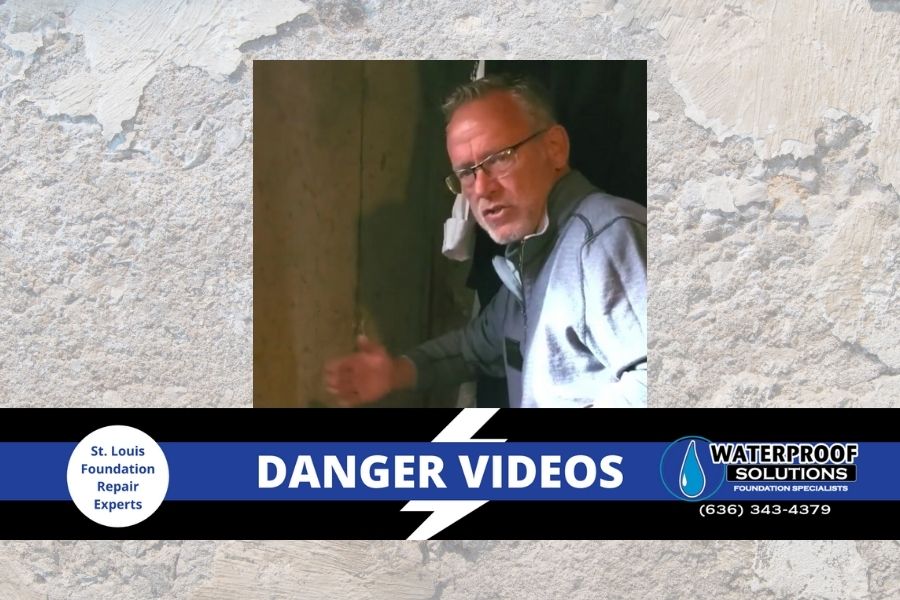 Today we’re in a cast-in-place foundation. We’ve got some cracks and possible weak spots in the concrete. Let’s get into it.

There’s a five-foot crack near a window. We’re going to inject that with a closed-cell urethane. That is not a problem. It’s a shrinkage crack. Nothing structural. When concrete is poured, it’s made out of solids. When the water in it turns to a vapor, it leaves a void and can sometimes cause this.

In other parts of the wall, we can see little speckly spots where the truck poured really hot concrete into a cold joint. You can see that by the air-entrained in it.

We’re going to grind those spots down and inject the spots that may still leak. And if there’s more leaking later, we will deal with that. This is all under warranty. So please know that.

As we make our way into the corner, we can see that there’s a crack where the wall hinged a little bit. So we’ll be fixing that. And there’s another crack that will we’ll inject close-cell into. Then we’ll put  a carbon fiber soldier beam over it. So we’ll not only fix the break in the tooth, if you will; we’ll give it some reinforcement.

Outside, there will be new window wells, and we’ll be able to build the earth up and pitch it so water drains downhill, away from the foundation. The gutters and the issues at the patio have been fixed. This means we’re now in a position to manage the water

Which brings me to the next point.

While we’re going to identify a couple more wall cracks on the wall  and fix them, we’re also going to put a pressure relief system in this house. A drain tile system is something that’s built with newer homes now. It includes a sump pump and drain tile set in river rock.

The water runs through the drain tile to the sump pump and then the water’s pumped away from the house. This keeps our hydrostatic issues to zero.

And that’s a really big part of what the house needs to fight water issues.

So does the house have a water problem?

No, it has a lack of being able to control the water from the outside based on the new standard.

So it’s really a big bonus to add a drain system to the home. If there’s ever a leak in any other parts of the basement, it can be added to the system.

So—continuing through the basement we can see a small, two-foot crack. And another that runs all the way down. We’ll inject that with closed cell urethane and follow up with carbon fiber.

The next room has sheetrock and tile. The sheetrock needs to be removed so we can get to the problem. We’ll have to remove some of the tiles because we’re going to be breaking the floor open to bring the drain all the way into this room.

The closet in this room is in a corner where we expect to see some hinging. If not, it’s one of the others near the windows or the long, diagonal one.

Let’s remember, everything is like kinetic energy: action and reaction. We’re removing the hydrostatic pressure, the “why” (or the action), so we aren’t reacting to the wall moving anymore. We’re repairing it now that it’s not under pressure.

This is Stephen Burton, Waterproof Solutions. Have questions? Give us a call!