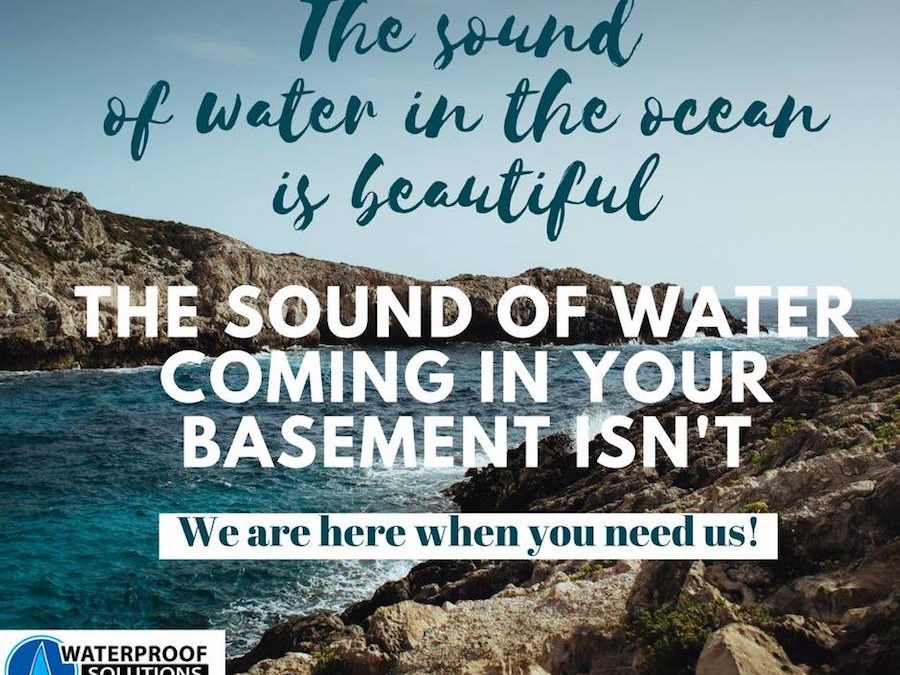 Hi, Steven here. So you might have caught my piering expose’ where I talked a little about lateral movement, bracing, tie backs, soldier beams, buttresses, and other waterproofing solutions for St. Louis homes. Do you even know what half of those terms mean? Right.

Carbon fiber is something also that is very revolutionary, very good to use when it’s applied properly. It can be ten thousand PSI per square inch. Concrete is probably three thousand.

So there’s a lot to do with carbon fiber. And when it’s not put on properly, you could tear it off the wall with your hands. This isn’t right folks. I walked up and tore this off a wall. They paid thousands of dollars for this. How can that be? Because they don’t follow specs. You know, just because you read the directions on something, you call yourself an expert on it now? I would think not. I have years of schooling to learn this stuff.

Do I Need a Soldier Beam?

Soldier beams, this is a very, very heavy piece of metal. You will not bend this. It’s called an H beam. The house is an I beam, it’s taller. If these need to be put in to stabilize your

wall from lateral movement, you can count on it not moving. Because these will also be in a pier leg, two feet into the ground, and will also be attached to three floor joists. So if the wall is moving in, it will not move in with this. But what’s important to know, there’s a third rule. If something’s moved a third of its thickness in, so for easy math let’s say we had a 9 inch wall, there are no 9 inch walls just so you know, 8,10,12, if it’s moved three inches in, 3 of the 9 inches it is now hitting the thirds rule.

So now if I put this brace on the wall, it’s touching in the center. Non shrink grout’s got to go behind it in the other areas. So it’s important that you don’t let the wall get too far. Tie back plates, they go on the wall, there’s a bolt and a rod and they hope that they go into your yard deep enough. There was one time where I had to tear one apart, where I had to cut it loose. This home in St. Louis county cost 30 thousand dollars to fix because we had to pick two of the walls of the house up and push the walls back. A flipper bought this house because the homeowner had paid three other companies to do the repairs. Call me about this, I got a full expose to show you on it.

Lateral movement is when the wall is coming in. You go to your house and if it’s a rectangle you’ll find a break here, here, here, or here. You can go out and look at that. Home inspectors, that’s what they look for. When it’s a finished basement, how are you going to know? There’s ways to know.

So if you’re buying a home or you’re selling a home, make sure it’s repaired properly so you don’t wind up having it redone again. You know, I can’t imagine what those people felt like when I came in and had to say what needed to be done. And those poor folks that lived in the home, they had hired two companies over 40 thousand between the two of them, to do what they thought was right. And at the end of the day, it wasn’t right. This is disturbing and it’s rampant in my industry.

If you only knew what I’ve seen. Follow me on Facebook, watch some of these videos I put up. You can’t make this stuff up. A lot of times I say kids in the video, I’ve been called the father of basements. I get a kick out of that but the reality of it is, your dad always tells you, your friends will tell you when you’ve got spinach in your teeth.

Well I’m here to tell you, if you’ve got an issue and you don’t know how to deal with it, don’t assume. And as much as I hate to say it, we all like a value but be very careful about the lowest priced guy out there. There’s no value in that price. Remember there’s three things: good, fast, and cheap. Pick two. You don’t get all three in the same envelope.

Understanding What You Need

So I’m not trying to push that expensive is right. Lord knows some of the franchises out there have poked people in the eye so hard, as well as independence, you can’t even believe it. But their cost of doing business should not have to affect you. So understanding what you’re having done to your home, is more important sometimes than what’s being done, because you can have something done and it’s the wrong procedure.

I don’t have the Hippocratic oath, I wish we did. I wish our industry treated this more like doctors do. Keep training, keep looking, keep learning that way you bring something to the table and you don’t misdiagnose a home. And lord knows I have in all these years. And you’ll see those in upcoming videos and I’ll talk about where I made a mistake. It’s okay to make a mistake. You fix it, you learn from it, you shout it from the highest mountaintop.

Experience is a Good Teacher

I remember the first time I lifted a house. You hear about it all the time. We’ll jack your house and we’ll lift and we’ll… Well now your house is floating. And it took a very good friend of mine, an engineer, to say “Hey McFly, what are you doing?” And I flooded that home, I acually made a basement leak because I piered it and lifted it.

I remember the first time I put braces in a house. The people were so worried about the injections being done that I forgot the fact that when I stick this through the floor, I’m about to make a cold joint and I might have a leak there. So a lot of times drainage systems go with these or you fix the one that’s there. Well I can tell you about the young lady where I missed it and about a year and a half later I got to put one in for free because I forgot. I was so wrapped up in the moment.

So there’s nothing wrong with admitting that you missed something, and you make it right. It’s all there is in this industry is your integrity. If you’re going to be in this industry, it’s a small town, St. Louis. I know, I grew up here. And it took me leaving and coming back home to realize how important that is. We are family. This is a tight knit group. And we need to stand together, now that there are proper answers out there. And we can get there together, and I appreciate your time.