Why Am I a Foundation Expert? So, why am I a foundation expert? Yeah, that’s a million dollar question, isn’t it? I mean, who in their right mind says, “You know what? When I grow up, I’m gonna be a foundation expert.” I don’t think anybody does. I mean, if your mom or your dad owned a place and you liked it, maybe. Personally, my kids, as soon as they learned about this industry and they saw how hard it was, right to school they went.

Where it All Began

I grew up in St. Ann in a slab home. There was no basement, very small place for four kids in a two-bedroom place. But when I got older, I rented a house with a basement. And then I moved back to St. Louis and it was wet. I was mad, I lost all of my artwork, I was a very upset person. Suddenly I had a personal need to be in the foundation business because I had to have mine fixed.

But what was really cool about this is after I got out of the Air Force, (I worked on Inter Continental Ballistic Missiles in the Air Force), I got out an 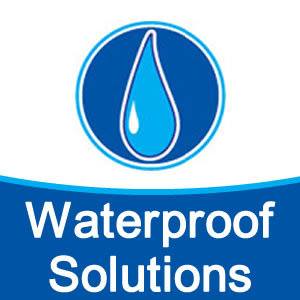 d I went to work for W.R. Grace and I got a minor in cement and concrete products. I built hospitals, parking garages, I mean it was the coolest job ever. You know, the kid in the 20s with the khaki and the clipboard, oh they messed with me so bad. I was called everything from Grace to, well, much worse things.

The reality of it was I was rookie of the year. I busted my butt and did a good job. I learned a lot about concrete and I was passionate about it. Who doesn’t like a geek in the industry? So, I’m kind of a foundation geek. So when I got out, I got my minor in cement and concrete products, rented this house, it got wet. I made some calls and I found a small guy.

Then I found a franchise. And you know, working for lunch buckets, working for franchises. First the lunch bucket, bless his heart, if he’s working out of his house, he’s struggling just to exist, generally not insured properly. While working for franchises, how many times was I told, “You’ll do it the way I say. When you write the check, you do it the way you want.” Same reason I didn’t stay in the Air Force. Sorry, Air Force. I could not stand having somebody in front of me telling me to do something that may not have been exactly the way it needs to be done, especially when I knew better.

The Beginning of Waterproof Solutions

Not being a good follower, I realized, well, this is my time. Like anybody else, I thought, “Oh I’ve already worked for a couple companies, I got this.” Met a beautiful man named Terry Ping, he loved what we were doing. We were in the commercial world doing many things, restoring many giant buildings. And my phone used to always ring and ring from being in this industry. So we decided to do it 10 years ago. We stepped off the cliff and all of a sudden we became a multi-million dollar business, and we had to split commercial and residential. And after that we just got too big.

Experience and Integrity Form Our Foundation

So it’s bringing everything I learned in the commercial world, bringing everything I’ve learned from a young man (being the oldest of four kids), you bring all of that to the table. But the neat thing about this is concrete is like saying “air.” What quality? what kind? The issues with it are so broad, that you waltz into it lightly. And anyone who thinks they can just buy a franchise and become a relative player in this industry, get ready. It’s difficult, it’s worth it, it pays in spades when you do it right. But you’re going to have to take your punches in the face just like I do. Because there are so many things I followed the leader on. I don’t know why. Perceived truths, we do this with everything. From our faith, to our relationships, to our work. Careful where you invest yourself. If it’s not accurate, have the guts to say “I was wrong about that”.

If you’ve ever been to some of my talks, I do the Ebenezer Scrooge story and I talk about my chains, stay tuned for that. We all have them. And if we don’t talk about those mistakes, we never get past them. That’s our crowning moment, is to be able to say “I used to do that and here’s why I don’t anymore”. Or “Here’s why I only do this in this situation”. So a lot of times we talk about liking or disliking, it’s just where it’s being applied. Why am I an expert? Because I’ve taken the time to learn about all the different types of carbon fiber there are. It’s like saying concrete, are you kidding me? Multi-directional, directional, how many ounces?

Our Customers Benefit From Our High Standards

There’s a reason why I was able to do the largest carbon fiber job in Missouri history, over a half-million dollars right here in Crestwood at “You Store It.” Man is always going to do what man’s going to do, so there’s always going to be a need to fix it. Our industry’s not policed, we bring the expertise of the commercial world, and all of the standards to the table. That’s what makes us a little different and that’s what makes us foundation experts. Thanks.